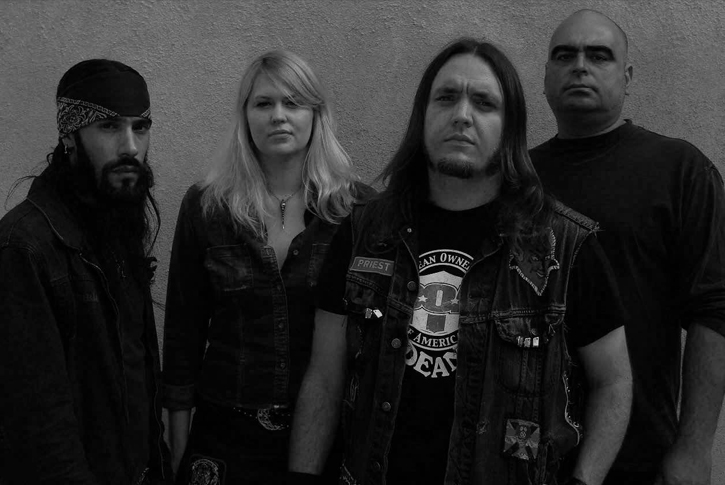 Risen from the ashes of a dwindling fire that once screamed rock n’ roll, Fireball Ministry will preach the Word of Rock to all who dare listen. With a heavy dose of fuzzy riffs, smooth vocals, and more hooks than a bait shop, this  “First Church of Rock n’ Roll” is the only religion you’ll ever need.

On FM’s second effort, “FMEP”, the band has matured into a lethal dosage of heavy-riff-fueled power.  When you buy a record, it’s  a holy day, a sabbath. Rock n’ roll that moves you isn’t a lifestyle, it’s a religion, and church is where you go for religion. We started a ministry to bring it to the masses.” Rev. Rota preaches, “People work hard all day for their money. They don’t wanna hear some whiny bullshit – they wanna hear about gettin’ laid and drinking, hanging out and drivin’ fast!” Amen to that…