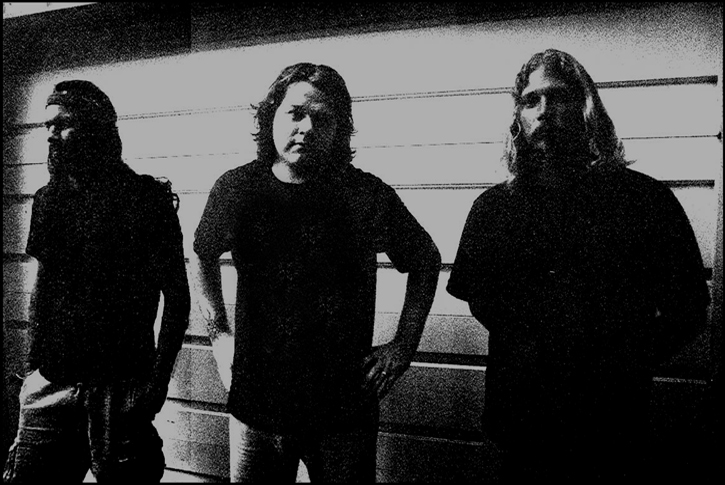 It was the winter of 2000 in Seattle. The embers of the fire that was once sub pop continued to smolder and belch forth black smoke in the form of a stunning array of watered down indie-pop in a city that had once deemed fit to attempt a resurrection of the spirit of rock and roll. An hour west of the city, in the scenic costal town of Port Orchard, scene veterans Shawn Johnson (ex-Mindfunk), Scooter Haslip (ex-Voodoo Gearshift) & Tony Reed (ex-Treepeople, Goodbye Harry) were regrouping. Born from the ashes of a scene that promised the second coming of Deep Purple and Sabbath but delivered only watered down bar bands and radio friendly alt-rock, Reed and company felt the instinctual need to strip down to the basics of hard rock. Long time veterans of both road & studio, the trio entered Reed’s Temple Sound studio with virtually limitless time and the record collections of their youths. 2002 saw Mos Generator emerge with from the studio with a debut album that has served as a blueprint for all their future works. Wearing their influences on their collective sleeve “Mos Generator” was a rough and raw smorgasbord of all that has ever rocked. 2004 saw the once again self-released “Live At The Manette,” which served to document the bands ever increasing chemistry.

In 2006, the band delivered their most wholly realized effort, “The Late Great Planet Earth.” Brimming with Sabbath-esque riffs and a dynamic rhythm section that would put Mountain to shame Mos Generator have taken rock and roll out of the 70’s and put it back where it belongs, on the road. Their Small Stone debut, “Songs For Future Gods,” continues where “The Late Great Planet Earth” left off. The (insert # of songs here) tracks virtually ooze sludge through your speakers when first played. The rhythms are tighter and Tony’s guitar playing has grown all the more explosive. The fact is, Mos Generator are playing kick ass, honest, old school heavy Rock ‘n’ Roll. Mos has evolved to a point where they have become the dictionary definition of the word “chemistry”. Revolving their sound around swagger and groove while improvising just enough to keep the songs feeling fresh from night to night. Dynamic, resilient, instinctive, unpredictable, but never boring. Mos Generator are a must see the next time they come to your town.