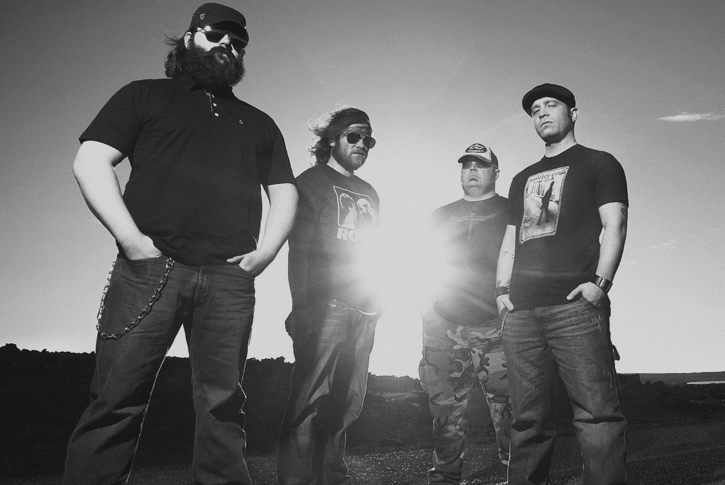 Based in Reykjavik the men of Brain Police are Icelandic citizens but with the souls of American rock gods. Fueled by a desire to play dirty, kick ass rock and roll BP (as fans call them) rose like a comet in the night from relative obscurity in their home country to become one of Iceland biggest rock acts. It’s hard to find higher praise about Brain Police than this quote from fellow Icelandic musician Jónsi (Sigur Rós) “Brain Police is definitely one of Iceland’s greatest bands – one of my favourite.

The music is driven by magnificent force and great personal charisma.” It all began, like most bands do, back in 1998 when Jón Björn Ríkarsson, Gunnlaugur Lárusson and Hörur Stefánsson got together and started jamming some seriously heavy tunes. Very quickly the boys realized they had something special going on. They snagged a name from the Frank Zappa catalog and began honing their skills by assaulting the local touring circuit. 2000 saw the release of their mightily impressive debut “Glacier Sun” which was followed by, what else, more savage touring inside Iceland. Amazed by what they heard Icelandic label “Sena” snapped up Brain Police in 2003 and over the next four years released three more albums of BP’s down and dirty style of Icelandic stoner rock. Each successive album starting with 2003’s self-titled “Brian Police” brought the boys more and more fame in their native country not to mention several top 10 radio hits. In 2004 they released their 3rd full length “Electric Fungus” and shared the stage with Metallica at Iceland’s biggest ever show, playing to more than 18,000 fans. In 2005 they embarked on their first tour outside of Iceland, expanding their legend and leaving a wake of awestruck crowds across Europe. Small Stone is proud to add Brain Police to our roster of world class, kick-ass rock and roll bands with the release of “Beyond The Wasteland;” A dense and thick smorgasbord of riffs and rock that truly showcases the bands growth as both musicians and as songwriters. Having honed their playing sharing the stage with many of the most talented and respected bands in the world, such as Mastadon, Alabama Thunderpussy, Dozer, NOFX and Alice Cooper “Beyond The Wasteland” shows Brain Police can hold their own with the best of them and maybe teach them an Icelandic trick or two. What else can you say about a band when their motto is “We come from the land of ice and snow…”