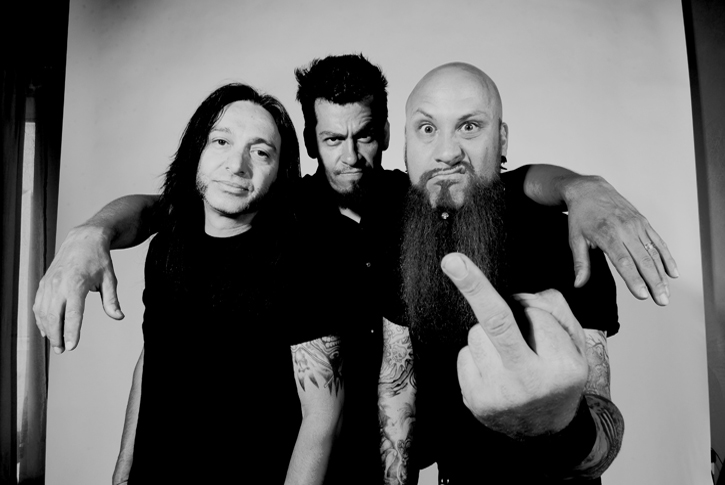 If we were to compile a list of all that’s useless in modern rock music, we’d be here for days. In fact, it’d probably be easier – and quicker – to rattle off the few undeniably great things roaring up from the underground. Take Indio, California’s HOUSE OF BROKEN PROMISES. With their Small Stone debut “Using the Useless” this trio is leading the charge against mediocrity and watered down tepidness.

Formed from the ashes of the late, great, and woefully underappreciated UNIDA (which also featured John Garcia of KYUSS fame), HOUSE OF BROKEN PROMISES is a no-holds-barred double shot of classic hard rock. You can’t write riffs like the ones found on “Blister” and “Highway Grit” without them being part of your DNA. You can’t lay down grooves like those on “Walk on By” and “Obey the Snake” by accident. You have to feel ’em in your bones. And that’s exactly what you get with HOUSE OF BROKEN PROMISES. Guitarist Arthur Seay, bassist/vocalist Eddie Plascencia, and drummer Mike Cancino are so in tune with what makes a rock song rock harder and better, it’d be scary if it wasn’t so awesome. When these three get together and play, they lay waste to the has beens, wanna bes, and hipsters, and they say in no uncertain terms, “This is how it’s gonna be.”

Small Stone Records is proud to present HOUSE OF BROKEN PROMISE’s full-length debut, “Using the Useless.” You’re going to get your rock’s worth. That’s a promise this house won’t break.