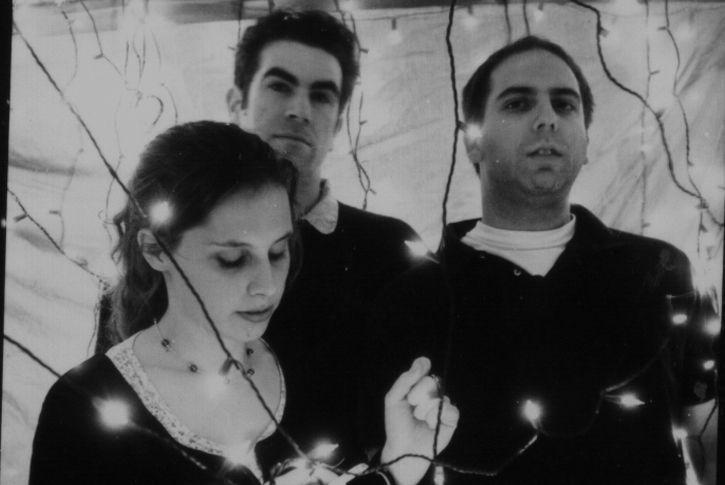 It’s a bitch to explain the feeling in the early nineties; the world seemed to be going OUR way. Music was changing. Nirvana had hit big, and we considered them our peers, our friends, if only by the proverbial six degrees. Sonic Youth, Soundgarden, Mudhoney, Kyuss in the US, My Bloody Valentine, Radiohead, Tricky and the Verve in the UK chrissakes,  you know the list and probably have one of your own. The band I was in was making humble inroads; it seemed to us like people finally got IT. Here, Detroit and Ann Arbor were vibrant, creative cities full of bands of all types, not just so-called grunge bands. And yet to me the single most criminally underrated and ignored band in the world was Slot. Sue, Eddie and Billy just playing for their own pleasure, blissfully (for us in the know) unimpressed and unconcerned by the musical trends around them.

Slot released various CD-EPs, favoring that format over albums because it allowed them to write and record in small batches, it’s cheaper, ya know. It allowed fans to follow the band’s evolution closely, and Slot recorded one last lot of songs before their dissolution in 1995. Alas, it was never released to anyone but close friends. One might say “Life got in the way.”

The day Billy lost his struggle against cancer in 2004 we “the Small Stone camp” were in Austin looking forward to nights of heavy drinking and heavy Rock. When the phone call came that all changed. Pain, anger and disbelief in time led to nostalgia; Billy’s wake was more like a party: musician and non-musician friends alike from all over the country traveled to Detroit to respect him and support Sue, his wife, friend and musical co-conspirator. In all the years, the Slot House had never been so full of people, laughs and tears: Slots and Chiefs and Small-Stoners and Necros and Five H. Johnsons and etc. dressed to the nines, toasting, cracking jokes and revisiting memories.

Eventually, at Small Stone, we revisited the Slot catalog; all good. To our amazement, that unreleased thing held up beautifully. It was difficult to tell when it was recorded, as it had aged much more gracefully than records by some of their better-known contemporaries. It sounds as fresh and unconventional now, in the Oughts, as it did when first committed to tape. The songs you have before you are nothing less than Slot and Billy’s last testament, and we have decided to release this record not only as a tribute to our old, dear, departed friend, but as pure and gleeful fans of this little band called Slot, who feel that this record needs to be heard.

Look at the list of bands in the first paragraph. There is a lot of variety there, and it would be difficult even today to bring it all under one mantle. The beauty of Slot was that they did so and made it look not only easy, but also natural. Slot combined everything I loved in music at the time, and still do: they made obstinate music, not smug music; they made jazz-ish improvisation make sense in the context of Indie-Rock. Eddie’s drums were Out There, Sue’s wandering bass and vocals gave direction when needed, and Billy’s guitar was equally melodic and atonal, feisty, brave and non-linear. Slot’s music was and is dynamic and lush, the way the best British Shoegazer bands could be, but they understood the power of the riff; and they had Power to burn, a Slot song could wash over you like a tidal wave: you’d be too busy looking at the pretty water (or the girl, as it were) to realize that you had just been knocked over by the undertow and were actually drowning, only to revive you to do it all over again.  Let’s just say I have a confession: yes, I played guitar in Big Chief, but secretly, I coveted to play in Slot. Rest in Peace, Billy. You deserved better, and we deserved to hear you for many years to come.