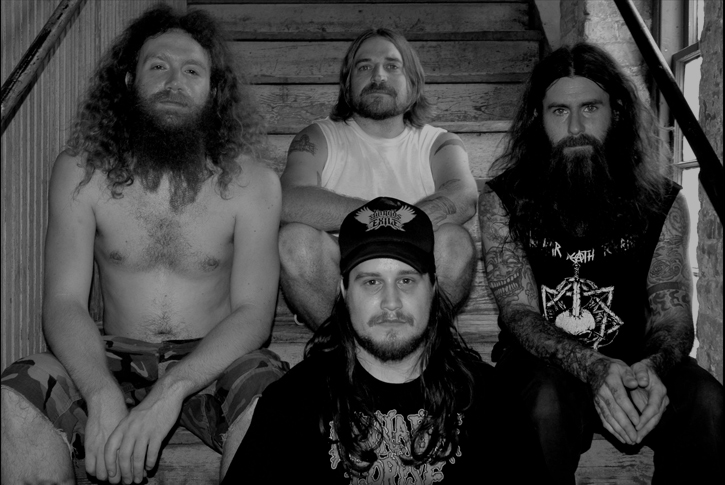 When a star burns as brightly as it did for Virginia’s Alabama Thunderpussy, it’s not surprising that it might take a while for the ashes to cool enough to get close. That probably explains why it’s taken Erik Larson so long to put together a proper new band. Two solo albums, countless side projects and a whole lot of patient waiting from fans finds a whole new beast ready to rise from the ashes. Emerging from the cloud of black soot and flames left by Alabama Tunderpussy and Face Down In Shit, respectively, is the Might Could. Just a couple of good old southern boys who set out to “follow the riff” and they take us all along for the ride.

Formed in early 2009 by Ryan Wolfe (drums) and Erik Larson (Vocals/Guitar), the Might Could easily filled the void left by the implosion of their respective bands and quickly established themselves as local favorites in their new home of Richmond Va. Rounded out by the thundering bass of “The Rob” Gouldman and the ever-so-tastefully blazing guitar of TJ Childers, the quartet have set out upon the task of bringing their unique brand of southern styled, metal-tinged rock to the masses ever since.