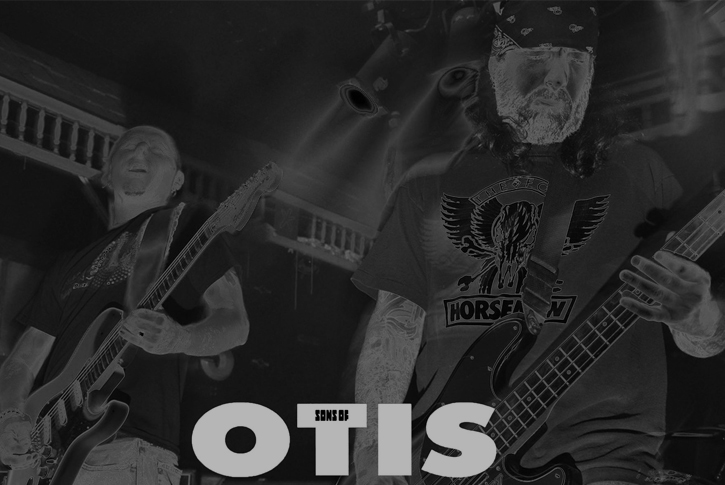 The Otis seed was planted in late 1992 by the trio’s founder/guitarist/vocalist Ken Baluke, an export from Detroit, Michigan. The band was originally dubbed Otis, in homage to the character of the same name in the cult film Henry: Portrait of a Serial Killer. Enter bassist Frank Sargeant in 1994 when the band released the six-track EP, Paid to Suffer. The instant success of the EP as well as a prestigious reputation in the underground Toronto music scene led them to a recording contract that same year with Canadian label Hypnotic Records.

Just before their first full-length, SpaceJumboFudge, was released in 1996, the band had to affix “Sons Of” in front of their name due to a legal conflict with a US band with the same name. SpaceJumboFudge was to be the only album to come out of the Hypnotic deal. It trickled over to Europe where it garnered status among heavy heads, but soon after its release, a plethora of problems arose with the label which led to a nullification of their contract.

An unusually long germination ensued due to the fact that they went through 10 drummers before Templeball was released in summer 1998 on Frank Kozik’s Man’s Ruin Records. After a European tour with Electric Wizard, and finally settling on a temporary studio and live drummer, Tony Jacome (Shallow North Dakota), the band entered the studio for their debut release for The Music Cartel, Songs for Worship, which contained some of the most organically dense and psychedelic riffage known to man and just happened to be released on Sept.11, 2001.

Man’s Ruin went under. The Music Cartel went under. Sons of Otis finally found refuge in the waiting arms of Small Stone, and their first album for the label, X, arrived in 2005. Having spent the better part of the previous decade sharing the stage with bands like Kyuss, Queens of the Stone Age, Clutch, Fu Manchu, New Kingdom, Voivod, Electric Wizard and Shallow North Dakota, the Canadians evolved from humble beginnings as hard and heavy abrasive rock from the great white north into masters of ethereal, blissed out, hard and heavy abrasive rock with subtle touches of psychedelia added to boot.

In the years since joining forces with Small Stone, Sons of Otis have become a curious legend within the heavy psychedelic underground. Tales of their shows in Canada, the US and Europe are the stuff of tonal legend, the low end in Ken’s guitar and Frank’s bass leaving Otis-shaped craters everywhere they go. Following the release of X, a retirement from playing shows was announced, and though it didn’t stick, performances became rarer, only helping those tales get taller. By the time Exiled was released in 2009, it seemed to come at a pace consistent with the band’s musical heft. Like sasquatch of the north, they poke their heads out every few years to remind people of the potency of their signature fuzz and über-stoned grooves.

Seismic, their latest outing and third with Small Stone behind the release, breaks the every-four-years pattern Sons of Otis established over the last decade, coming just three after Exiled. The Otis ethic, however, is unflinching. The album revels in its hugeness of sound, and tracks like “Guilt” and “Far From Fine” arrive through the band’s signature and inimitable cloud of space-smoke. Other bands get stoned, Sons of Otis seem to have been born that way. Baluke’s vocals echo from a place behind the guitar amps and just to the left of Jupiter, but his guttural blues never sounded more natural taking on Mountain’s “Never in My Life” (their second Mountain cover behind “Mississippi Queen” on Templeball), and the closing “Cosmic Jam” shows he’s got the fuzz mastery to back up that Leslie West appreciation.

Always a mystery, always smoked out and completely unlike any other band in the world, Sons of Otis stand tall on Seismic and mark 20 years of making the heaviest psychedelia the world has ever known. Yes, we mean that.