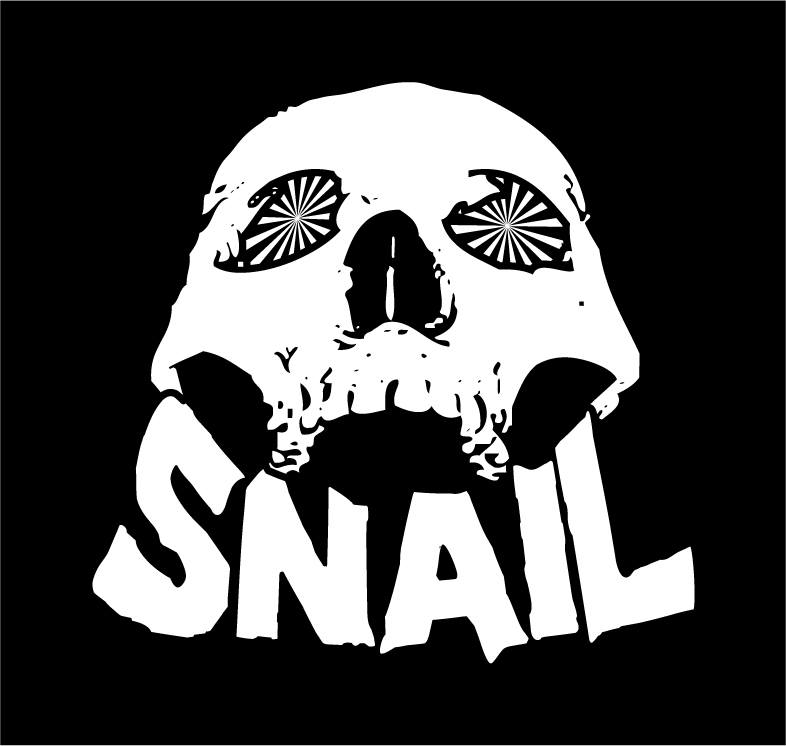 THE LEGEND OF SNAIL
Snail formed in 1992 consisting of singer Mark Johnson (The Crucified, PASTE, Blessing the Hogs), bassist Matt Lynch and drummer Marty Dodson. The eponymous first album (Big Deal Records), was well received by critics and garnered much praise in the press, as well as gaining a loyal following from peers like long time supporters Fu Manchu and Nebula.

After the follow-up release of the DIY, 4-track cassette-recorded EP “All Channels Are Open,” Snail sadly succumbed to the “sex, drugs, an Rock n Roll” lifestyle and eroded to the point of breaking up.

Snail reunited in 2008 after 15 years of slumber, added long-time friend and guitarist Eric Clausen, and unleashed “Blood” (Meteor City)—what many said was one of the Top Ten stoner/doom records of 2009. Not merely riff-rock, “Blood” combined fuzzy guitars and a pummeling rhythm section with layered, soaring melodies rarely heard in the genre. In a time of industry turmoil, the record went from blood-red to “in the black.” The record even attracted the attention of underground music legend Henry Rollins, getting multiple plays on his “Fanatics” radio show on influential Los Angeles station KCRW.

Snail’s next album, “Terminus,” showcased all fresh material, infused with the enthusiasm of newly minted collaboration. Influences that were not evident in past works come to the fore, steeped in old-school metal and psychedelia. The subject matter was noticeably more mature, as the entire record delves into the themes of mortality and its implications in our modern world. From crushing doom to head-bobbing Camaro rock and hypnotic psych, “Terminus” is Snail’s metal album.

After a 2-year gestation period, Snail returns from oblivion with their most diverse album of all time. ‘Feral’ conceptually embodies the resolve of existential angst as the individual self collapses and it will undoubtedly prove to be one of the most suitable soundtracks for mind-expanding activities. Don’t freak out.