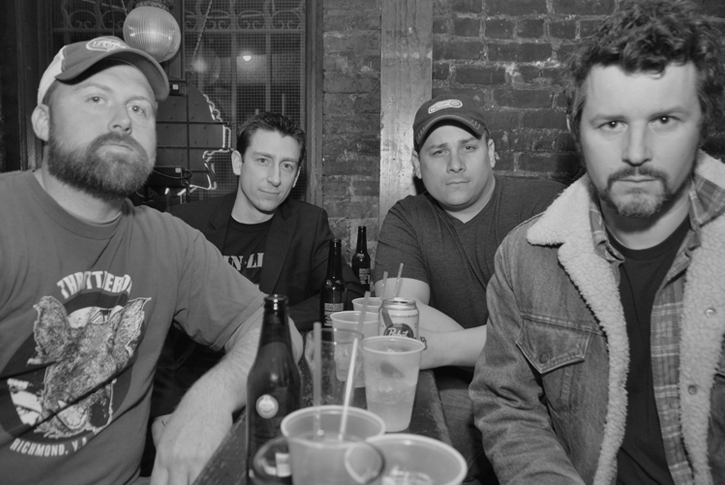 Rumors abound that somewhere in the depths of New Jersey time stands still and it is always 1977. Trapped in this interstellar time warp, making electric amageddon is Infernal Overdrive. Fronted by the mysterious, oft reckless Marc Schleicher (Cracktorch, Quintaine Americana, Antler) – a Boston native transplanted in time and space to this 4th dimension – summoned by the all-powerful duo of Mike Bennett and Rich Miele of Loud Earth. After a treacherous search to find his long lost brother, Keith Schleicher was sucked into the vortex to fulfill his destiny on bass guitar. They journey in the last of the V8 interceptors, proving themselves worthy of the Small Stone pedigree. Forces to be reckoned with on their own, as a group their wonder team powers activate to kick into Infernal Overdrive.

Armed with their wits, New Jersey dialect and a passion for surviving the likes of the Tall Man, flying orbs, giant sharks, the Turnbull AC’s and an occasional family of albino zombies, Infernal Overdrive will be coming to an area near you soon. Can you dig it?