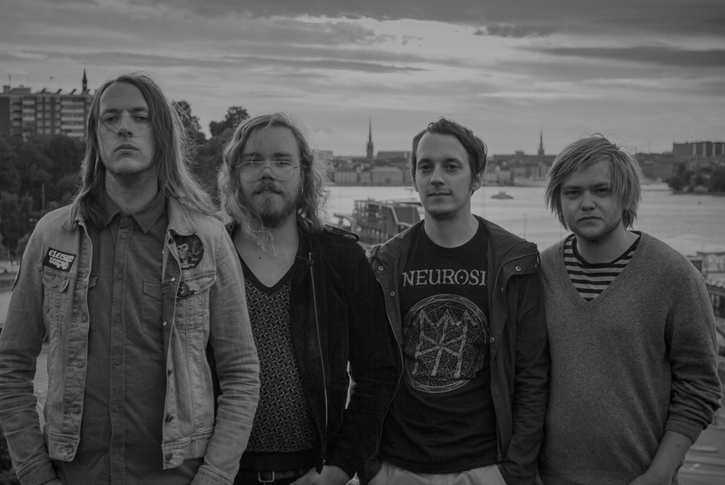 All this from a group founded in 2004, in the town of Eskilstuna, Sweden, before relocating to Stockhlm three years later, where and whence
vocalist/guitarist Karl Apelmo, guitarist Micke Pettersson, bassist Viktor Källgren and drummer Henke Persson have since produced the
aforementioned two albums and, now, the impending Spirit Knife.