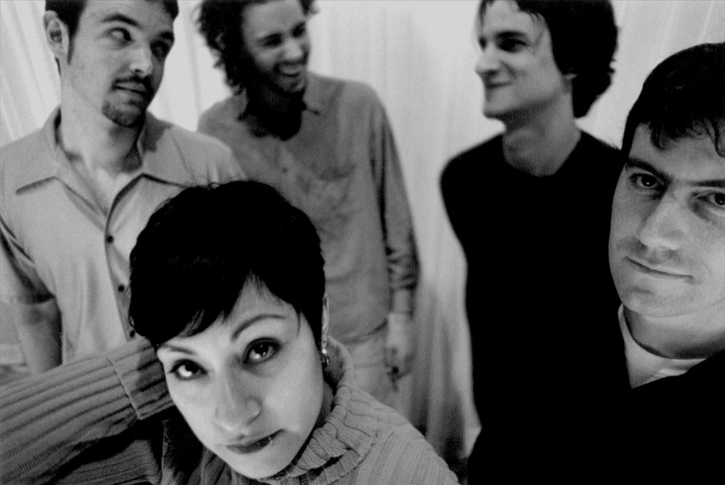 So much more filling than the tiny leftover crumb their name evokes, Morsel has been satisfying hearty music appetites since 1992 with a balanced meal of noise and beauty.

Since its inception, the band has distinguished itself by creating rhythmically driven, melodically nuanced songs that manage to simultaneously whip your ass and still show you a good time. Intelligent and intense, there is an unapologetic, adult seriousness to Morsel’s musical combination of chopped beats, fractured rhythms, and creamy melodies that set them beyond the usual boundaries of indie and electronic rock.

Morsel initially gained notoriety in the “buzz saw” years for its experimental instrumentation and cathartic live shows. The band’s original members Miriam Cabrera (vocalist/flautist) and Be Hussey (rhythm-drums/bass) enjoyed taking chances in order to create a new and refreshing sound. Miriam enchanted audiences by singing through her amplified flute and playing a miter saw, while Be moved the crowd with hip grinding polyrhythms.

With three records behind them and an evolved line-up featuring the prolific sound-cruncher Fathead on electronics and didgeridoo, Jason Burbo on guitar, and Joshua Pardon holding it down on bass and electronics, Morsel has matured age lines and all and refined its sound and approach to creating music. The instrumentation is still as unusual electronically and organically derived sounds are blended with traditional rock rigging but the bands more relaxed and self-confident approach has lead to a lush new sound of dense, layered soundscapes punctuated by finger-snapping pop hooks.

Morsel’s latest offering, Para Siempre, at first feels like a dive into a dark sea where one risks drowning in a deep sonic embrace of dissonant sounds and enticing vocals. But once the initial shock and disorientation wear off, the emotional honesty and melodic sweetness of the music shine through like sun dancing on the waves, the water becomes clear, and hidden delights are revealed.