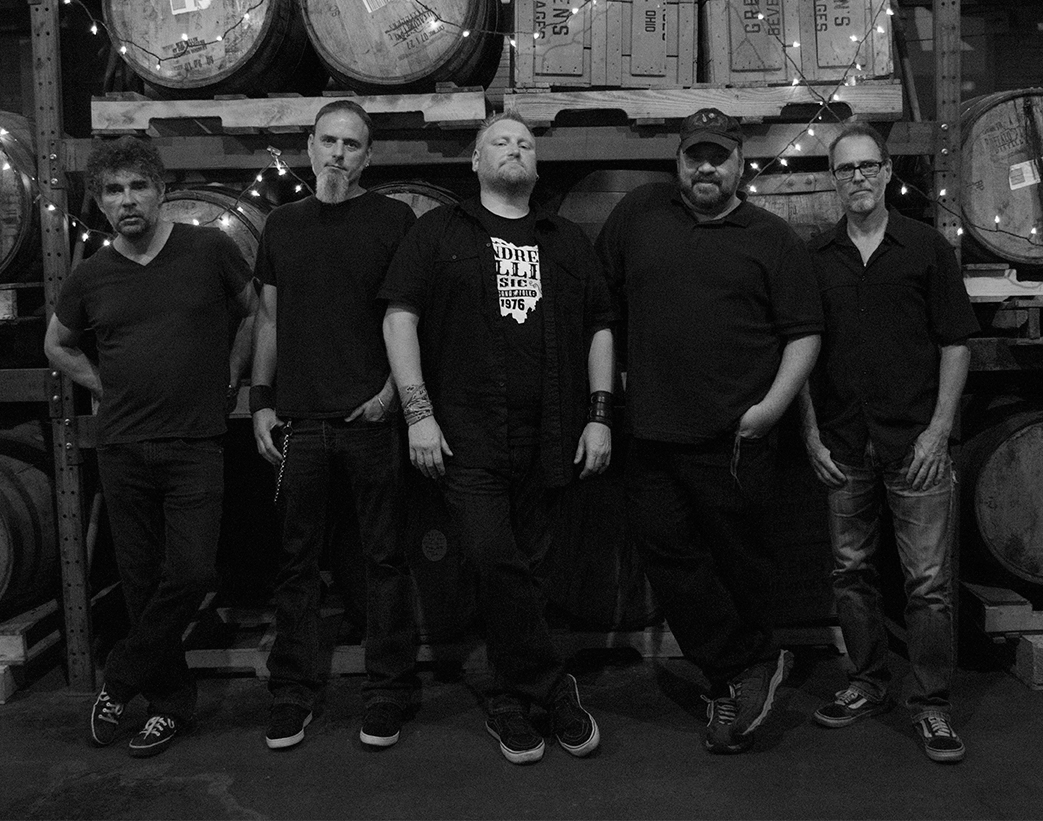 Blues: a. a song, originating with American blacks, that is marked by the frequent occurrence of blue notes, and that takes the basic form, customarily improvised upon in performance, of a 12-bar chorus consisting of a 3-line stanza with the second line repeating the first. b. the genre constituting such songs.

The blues means many things to many people. To some, the purists, it is the scratchy honesty of Robert Johnson with his devil-fueled fretwork. To others, it is the giants that followed him, from Howlin’ Wolf and Muddy Waters to the Kings – Albert and BB. To others still, it is the rock ’n’ roll that those old guys influenced, be it Cream, the Stones or early Fleetwood Mac.

The truth, of course, is that the blues is whatever you want it to be. If a group of musicians wants to drink a few beers or a quart of bourbon, smoke some unfiltered cigarettes, plug in a guitar, see what happens and call it the blues, who are we to argue?

When Five Horse Johnson formed back in 1995, referring to itself as a Blues Band, a few brows might well have been furrowed. However, this is a band that has always understood that the blues isn’t a formula, but a way of looking at the world; their take on the blues is as a dirty, sensual thing, enhanced with a healthy dose of humor.

Five Horse Johnson is now seventeen years and six albums into its career, with a seventh about to drop. The band has dug out a niche of its own, combining their love and respect for traditional blues and classic rock to become one of the most loved and respected bands in the stoner rock community. Always a freight train live, the band has toured hard with the likes of Clutch and Halfway to Gone, in the process gathering fans, friends, and drinking partners all over the world.

Five Horse Johnson’s new album, The Taking of Black Heart is due for release via Small Stone Records in January 2013. It is the band’s first full-length record since 2006’s The Mystery Spot, which saw Five Horse Johnson, with the help of Clutch’s Jean Paul Gaster helming the drums, create its strongest album up to that point.

During the time away, Durr has been working with fellow Small Stone band Luder, while Oblander was chosen to front a semi-reunited Necrosopening for hardcore heroes Negative Approach at St. Andrew’s Hall (the band was named Sorcen – Necros spelled backwards).

Now though, Five Horse Johnson is back, preparing to rip the world a new orifice all over again with The Taking of Black Heart, which again features Gaster on drums and is produced by J Robbins of Jawbox(who also contributes some organ and percussion).

The Five Horse Johnson lineup for the album is Eric Oblander (vox/harp), Brad Coffin (vox/ guitar), Steve Smith (bass) and Phil Dürr (guitar). The album also includes a special guest appearance from Robin Zander of Cheap Trick, who contributes vocals on the song “You’re My Girl (I Don’t Want To Talk About It)”.

The Taking of Black Heart was recorded at the Magpie Cage in Baltimore, MD. The vocals were recorded at Kozy’s Chop Shop at Sunroom Studio in Detroit, MI by Bill Kozy and Erik Maluchnik. “You’re My Girl (I Don’t Want To Talk About It)” was produced by Bill Kozy. The album was mastered by Chris Goosman at Baseline Audio Labs in Ann Arbor, MI. Fine arts are by Mark Dancey, and textiles are by Vince Williams at Creative Print in Warren, MI. Executive producer is Scott Hamilton. Robin Zander appears courtesy of Cheap Trick.

Five Horse Johnson is not a band that makes apologies. A decade into its life, compromise is not an option. The truth is, this is hard, heavy, dirty blues rock ’n’ roll for people that like that sort of thing. This music is for people who like the sound of an engine roaring or the feeling obtained by following a cold beer with a shot of good whisky. Five Horse Johnson will gladly kick your ass, and then wait for you to say thank you.