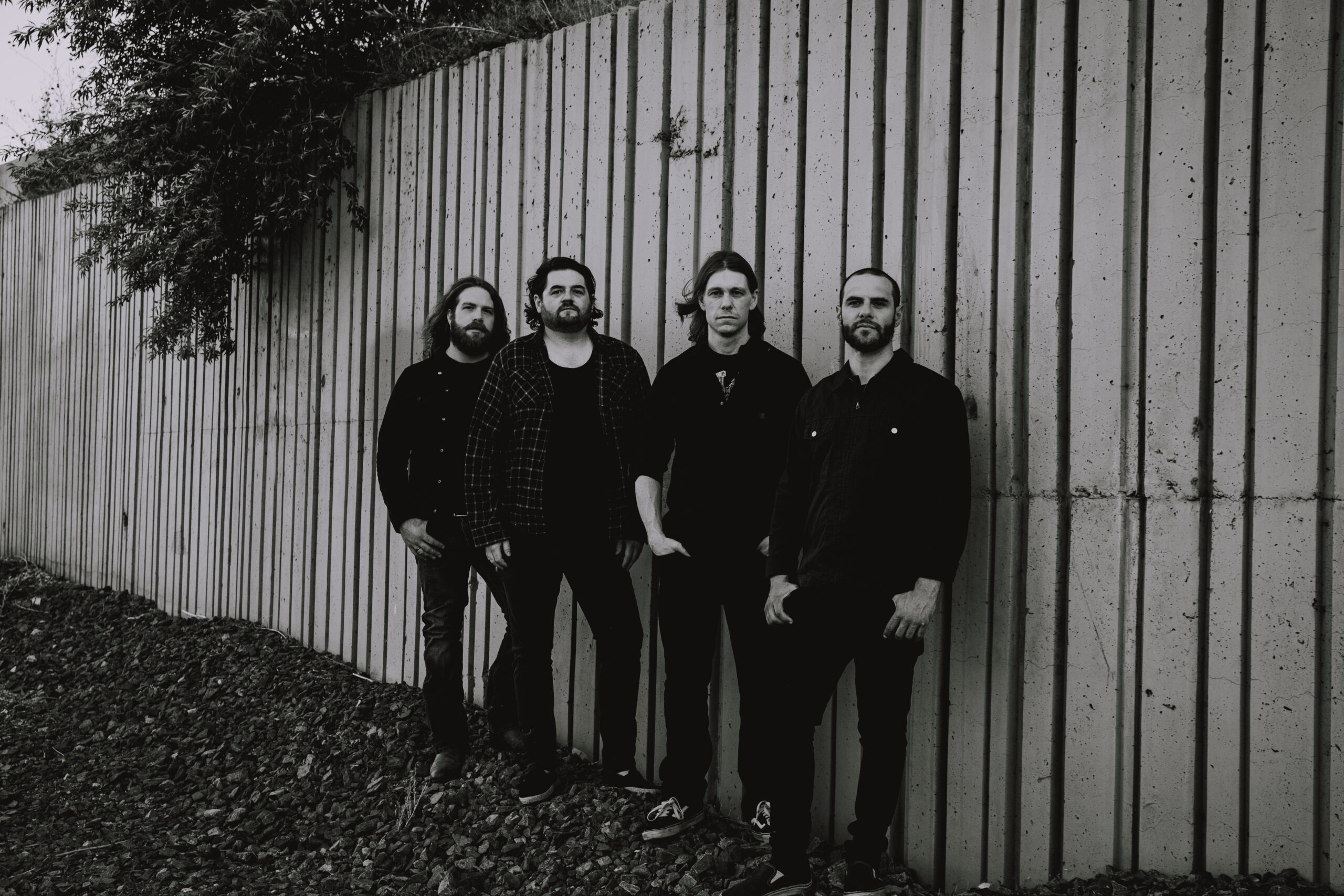 Initially seeking to fuse melodic hooks with dissonance, Abrams began in 2013 in Denver, Colorado, with guitarist/vocalist Zach Amster and bassist/vocalist Taylor Iversen. Later joined by drummer Ryan DeWitt, Abrams has released an EP and three studio albums all to critical acclaim. With each release, the listener can hear the band evolving and maturing to what it has become today. A band dedicated to compelling songwriting, and energetic live performances, Abrams ups the ante with the moody, heavy, psychedelic rock venture of their forthcoming LP, ‘In the Dark.’

Adding Patrick Alberts (Call of The Void) to the lineup, ‘In the Dark’ is Abrams’ first release as a four-piece, following behind 2020’s ‘Modern Ways.’ With the pandemic cancelling all touring plans for Modern Ways, Abrams immediately got to work demoing 25 plus songs for their next release. Given the world was in lockdown, Amster took a deep dive to learn the ins and outs of home recording in order to refine song structure, with a hyperfocus put on vocal hooks. There was a goal set to have as complete and polished songs as possible prior to entering the studio in Summer of 2021 with Producer/Engineer/Collaborator Dave Otero (Khemmis, Cattle Decapitation) at Flatline Audio who was the last piece in shaping the final soundscape.

The new collection is a fine-tuned 45-minute sonic journey detailing the angers, fears, frustrations and joys inherent in living in a world gone mad. With cinematic guitar riffs, brooding leads and addictive vocal hooks, Abrams conjures a mature, polished and intensely passionate craft, urgent but not at all rushed. There are hints of early AmRep mixed in with the larger sounds of 90’s alt heroes Failure, Quicksand and Hum. Combine that with the heaviness of recent Mastodon and stoner psychedelia of All Them Witches and you get ‘In The Dark”.

For fans of Mastodon, Queens of the Stone Age, All Them Witches, Cave In, Lo-Pan.