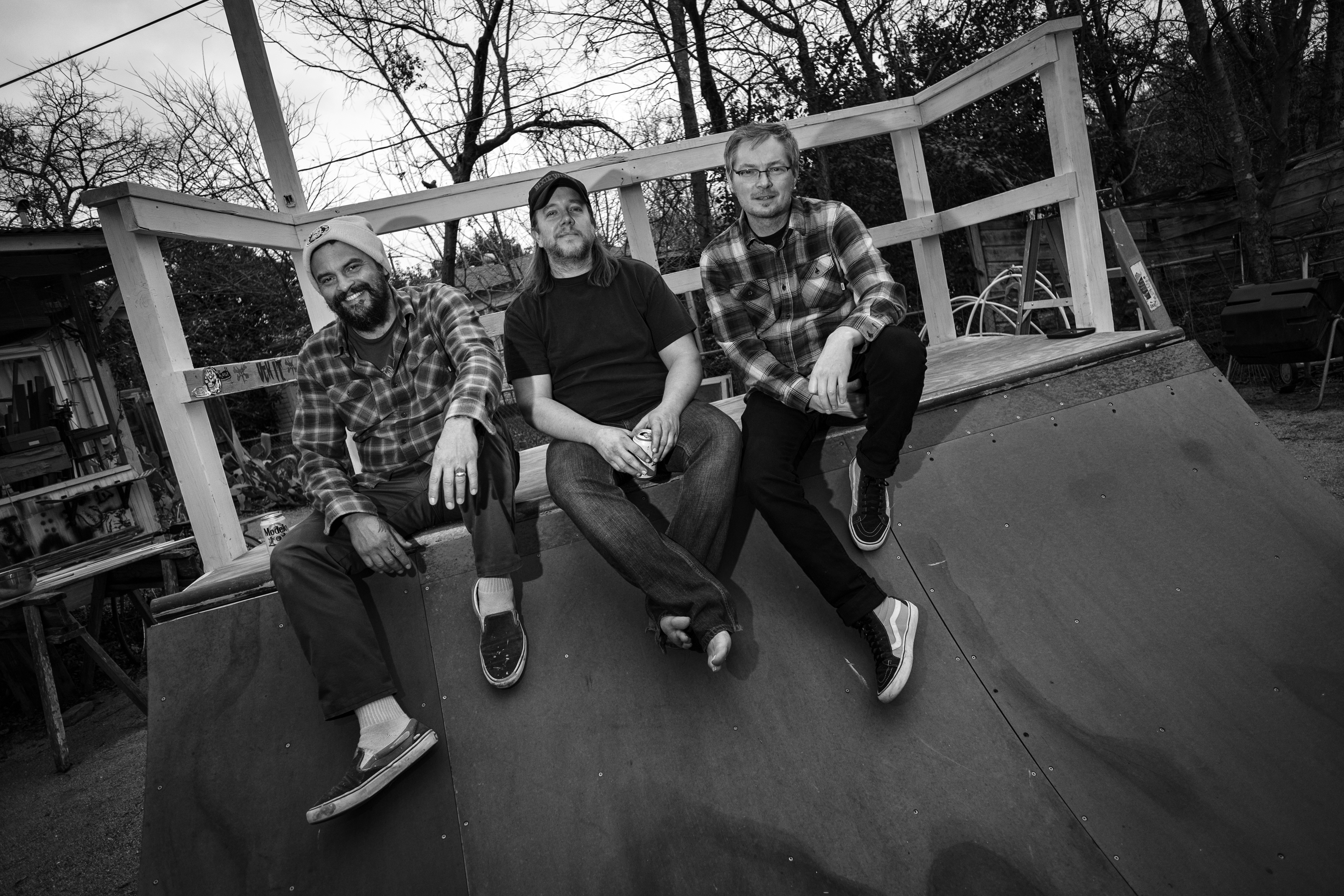 Somewhere in Austin a clock has stopped. A calendar page, never changed, hangs on the wall of a machine shop or a dingy dive bar. Slightly yellowed by the years an exotic woman dressed in her most patriotic bikini holds a Shiner and proclaims to all the world Happy New Year: It’s 1970!

For over a decade now, Tia Carrera have been kicking ass and melting minds with their own twist on the 70’s rock n roll jam. Founding members, Erik Conn and Jason Morales along with now permanent member Jamey Simms have taken their music to a new level both live and in the studio. Simms and Morales switch instruments seamlessly (occasionally mid-jam) while Conn whales on, taking the listener on a wild, mind altering ride.

The mind altering ride continues with the release of Cosmic Priestess, their fourth overall and second for Small Stone. Cosmic Princess accentuates the elements that Tia Carrera have been honing to razor sharp perfection, bringing to the music new depths and lengths. Whether you’re strapped to a chassis of a Texas hot rod in “Slave Cylinder”, exploring the colorful world of a coral reef in “Sand, Stone and Pearl” or just dumbstruck as you barrel your way through the nearly 33 minute opus “Saturn Missile Battery”, Tia Carrera’s improvisational scores always amaze and never disappoint. Look for them on tour this fall, that’s probably them in the van with the “Ass, Grass or Cash. Nobody rides for free” bumper sticker. Viva 1970! Viva Tia Carrera!