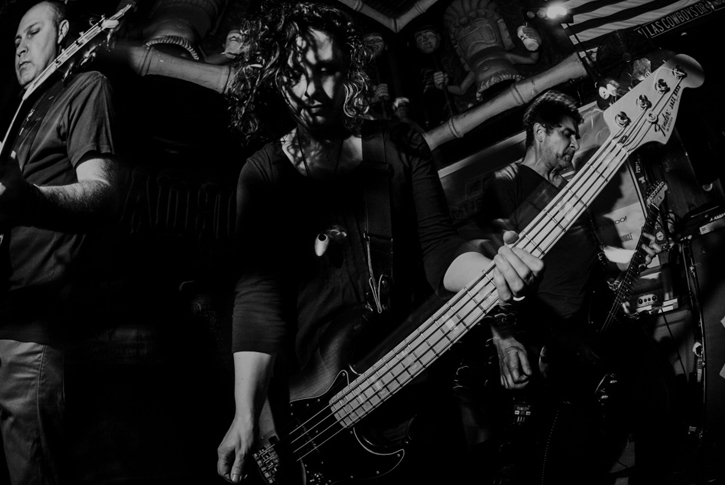 Adelphophagia is their second album.

The title of Luder’s 2009 debut, Sonoluminescence, referred to sound waves reacting on passing through a substance to create light — sort of a long way around to expressing the illumination the four players felt came through their collaborating, but fitting.

“Luder are such a potent chemical made up of many elements most of which can be found in the half-light of pop, alternative, trip-hop and of course – the reason why we’re all gathered here today – metal.” – Uber Rock

“Most people will not be expecting an album that, not only sounds like nothing else on the Small Stone roster but is literally incredible from the first note to the last… As sonically diverse and experimental as this album can be at times at its core lies a strong collection of very catchy, memorable and frankly awesome tunes.” – The Sleeping Shaman

“The members of Luder unfurl just enough unorthodox elements from their separate prior musical paths to give those templates some distinction, including classic, psychedelic, and stoner rock elements, metallic riff worship, and even a discreet power pop undercurrent that alleviates the exquisite torment of it all…” – All Music Guide