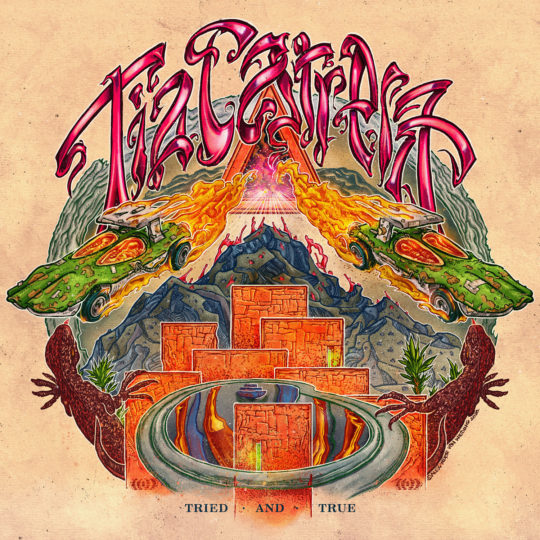 What can you say about Austin, TX’s Tia Carrera? Longevity, stamina, power, grace, sensuality, and telepathy? Don’t forget bone shakingly loud, always impressive and truly psychedelic. Also, they may or may not record in a barbecue shack.

The band is famously selective about what they release to the public. With every performance unique by virtue of improvisation, they’ve amassed a huge, never-issued collection of recorded material, both live performances and private studio tracks.

‘Tried and True’ is a sonic voyage culled from their latest studio work and across a 37-minute LP (the CD runs 71 minutes with the only-previously-on-vinyl “Visitors” and “Early Purple” as CD bonus tracks), the three-piece once again scorch their way into the hearts of the lysergic converted. As veterans, Tia Carrera remain fueled by passion and creative drive, and any time they’ll let us hear what they’ve been up to, we can only consider ourselves lucky.

For fans of: Earthless, Jimi Hendrix, Black Elephant, Wo Fat