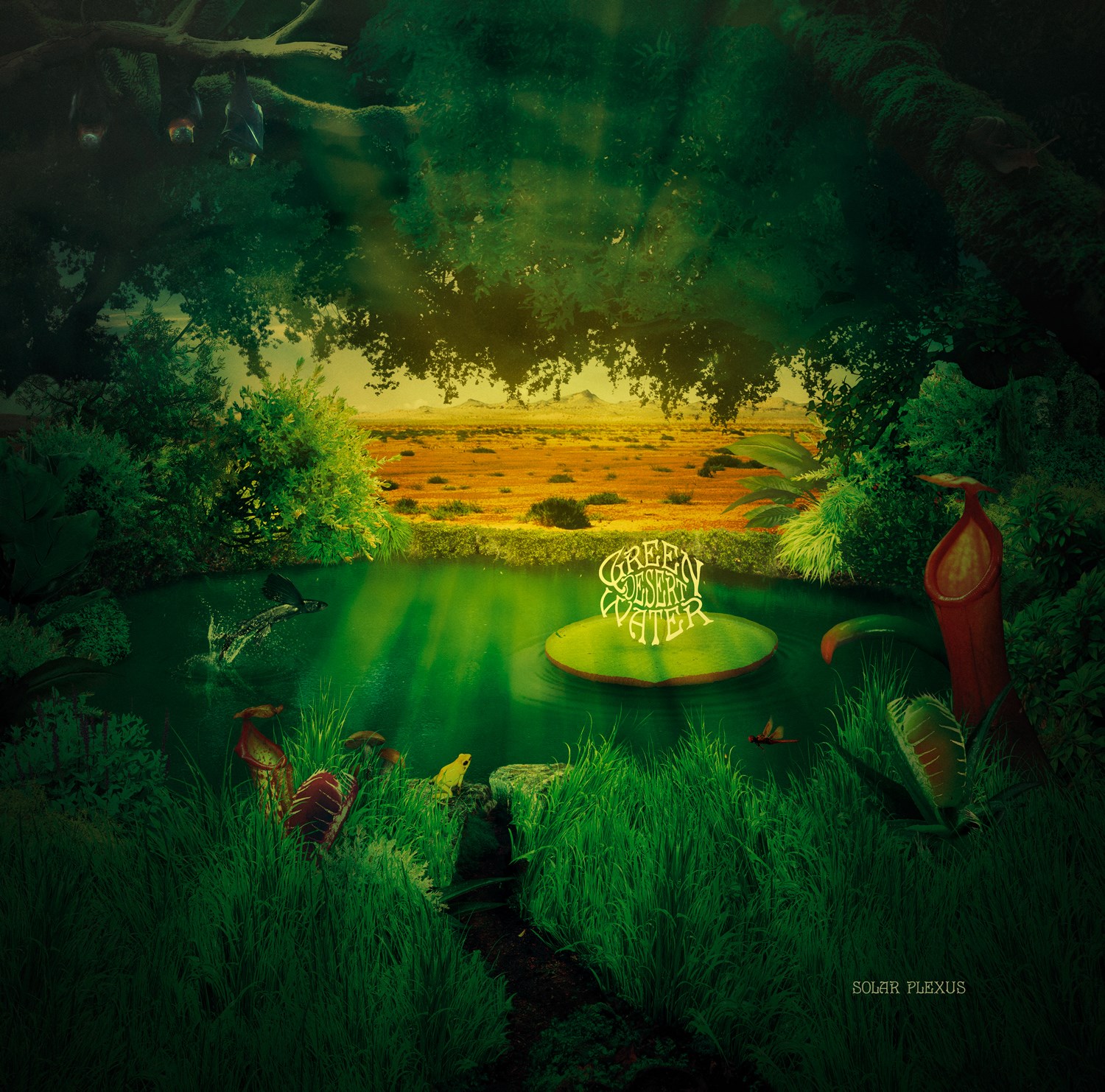 With the purple sun, the hermit was introduced into the wild, through the mountains and the long desert to back home….

After getting their feet wet in a molten pool of heavy blues on their 2012 self-titled debut EP, GREEN DESERT WATER is ready for their next conquest. The Oviedo, Spain-based three-piece have been making a name for themselves as one of the best-kept-secrets of the Iberian heavy underground, and with Solar Plexus – their second LP – they’ve never sounded readier to let the cat out of the proverbial bag. And by “cat out of the bag,” we mean unleashing classic power trio grooves – all primo, all soul, but heavier and thicker and more modern than the first record.
Comprised of guitarist/vocalist Kike Sanchís, bassist Juan Arias García, and drummer/backing vocalist Javi González, GREEN DESERT WATER sinks its teeth into hellacious boogie on songs like “Open Your Wings” and find the place where Black Sabbath and Mountain could’ve met on “Souls Of The Woodland” – and when it comes to the title-track? Well, at least you know where they’re going to hit you. With six songs split up over two glorious vinyl sides, GREEN DESERT WATER‘s Solar Plexus indeed puts itself right in the center of attention – refusing to commit to one single vibe or another as it captures the best energy of classic heavy rock and brings it forward to a modern era where it’s so desperately needed.
Solar Plexus was recorded and mixed by Pablo Martínez Pérez at Ovni Estudio, mastered by Kike Sanchís at Green Desert Mastering and comes wrapped in the cover art of Héctor Castañón. The six-track offering will see release on CD, digital, and limited edition vinyl formats on April 27th via Small Stone.
For preorders visit the Small Stone Bandcamp Page HERE where opening track “Open Your Wings” is currently streaming.
Solar Plexus Track Listing:
1. Open Your Wings
2. Chaman
3. The Deepest Sea
4. Souls Of The Woodland
5. Mother Moon
6. Solar Plexus
GREEN DESERT WATER:
Juan Arias García: fuzz bass
Javi González: drums, percussion, backing vocals
Kike Sanchís: guitars, vocals