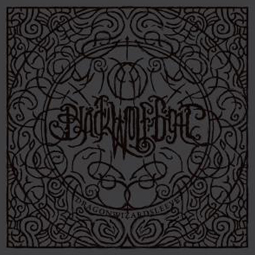 As a former member of alt-rockers Milligram, stoner rockers Roadsaw, and hard rockers Hackman, guitarist Darryl Shepard is no stranger to musical versatility, but his one-man project Blackwolfgoat easily exceeds his prior creative reach with all of those groups combined. In 2010’s cryptically named and wholly instrumental Dragonwizardsleeve, Shepard touches on an eclectic array of styles with what at first appear to be meticulously layered sounds, but which in fact are comprised of entirely live recordings, devoid of any overdubs save for a few loops played simultaneously, and therefore still suffused with a beguiling minimalist purity. For the most part, resulting tracks like “Death of a Lifer,” “Tinnitus the Night,” and “The Goat” consist of fluctuating waves of droning guitar inspired by the likes of Earth, Boris, and Sunn 0))), but room is also made for the clipped psych rock hypnosis of “Risk and Return,” the repetitive mechanistic pulsing of “Aspirin Forever” (reportedly sampled from a heart monitor), and the wind-blown acid rock slide guitar hangover of ten-minute closer “Hotel Anhedonia.” All together, these seemingly unrelated sonic experiments prove remarkably refreshing, frequently surprising, and utterly deserving of Blackwolfgoat’s chosen genre description as “unclassifiable.” That’s a compliment, in case you were wondering. Eduardo Rivadavia – ALL MUSIC GUIDE

All songs/sounds on this album were recorded live in the studio, no overdubs.
tags