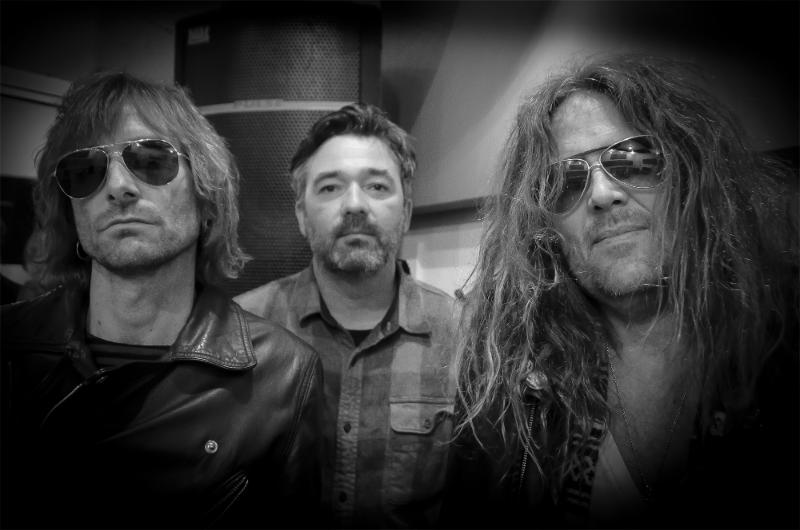 View / Share LA CHINGA’s “Wings Of Fire” At THIS LOCATION

As Beyond The Sky – the forthcoming full-length from LA CHINGA – draws ever closer to release, The Sludgelord is pleased to unveil the band’s visual companion to “Wings Of Fire.”

Notes director R. D. Cane, “LA CHINGA….When they asked me to shoot a video, I had to really think about how to pay all due respect to their guitar heavy forefathers and still visually knock the socks off of a whole new generation of young rockers. We knew we wanted to make it colorful and exciting but simple enough to not get in the way. ‘Wings Of Fire’ just rocks. LA CHINGA knows their thing and they do it so well. This was a blast to shoot and hanging out was very cool, I really can’t wait to do more…”

View “Wings Of Fire,” courtesy of The Sludgelord, at THIS LOCATION.

If you missed it, check out the band’s previously-released “Killer Wizard” video HERE.

A hard rock power trio with psychedelic powers based in Vancouver, British Columbia, LA CHINGA draws from Black Sabbath, Led Zeppelin, MC5, and their own bad habits to conjure the forty-five minutes of sublimely confident freedom rock that comprises Beyond The Sky. Sometimes meaty and beaty (“Mama Boogie,” “Death Rider”), sometimes glam-handed (“Killer Wizard”), and occasionally even dirtbag pretty (“Keep On Rollin’), when it all melts into a puddle of phased goo in the final bars of “Warlords,” the listener has been rolled, boogied, and otherwise supernaturally conveyed well beyond the sky.

Beyond The Sky will see release September 7th, CD, LP, and digital formats via Small Stone. For preorders go to THIS LOCATION where “Nothin’ That I Can’t Do” can be streamed.

LA CHINGA was forged in 2012, although in reality it was conceived about a year earlier when bassist/vocalist Carl Spackler was surfing in Southern California and his Chicano beach buddies kept hailing each other with the mysterious phrase: “La chingaaaaa!” It was then that Spackler’s dream of a hard rock power trio built on erogenous funkadelic rhythms and a devotion to life’s more sublime pleasures – chief among them: tequila – was now embodied inside a beautifully obscene two-word incantation.

Drummer/vocalist Jay Solyom and guitarist/vocalist Ben Yardley – also a noted professor of Theremin – were conscripted shortly after, both veterans of Vancouver’s notoriously dead-end music scene, both beautifully obscene in their own right. LA CHINGA’s self-titled debut record was rushed out of a makeshift studio in 2013 on nothing but fumes and the liberating force of not giving a shit, landing like a hairball crossed with a stink bomb inside a world of yoga pant commerce, condo developments, and Macbook “musicians.” This was a revolutionary act, or maybe a devolutionary one, at least.

Meanwhile, Spackler was busying pouring all off his demented ’70s obsessions into wild three-minute homemade music videos, finding the visual language of fuzz itself inside shitty horror films as he furnished the great infernal drive-in of his mind. Somehow, miraculously, this charming brew conspired to make LA CHINGA the hottest bunch of stoned ape groovers to hot wheel out of the Pacific Northwest since forever. Freewheelin’ followed in 2016 on Small Stone, and so did unhinged tours of Europe, more year-end accolades, and festival slots (420 Fest, Sasquatch). In late 2017, LA CHINGA entered Vancouver’s Warehouse studio with producer Jamey Koch. The result is Beyond The Sky, available this fall via Small Stone. This is how it feels to get chinga’d, amigos. Surf’s up.