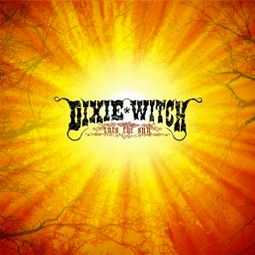 One can expect either unadulterated rock or spacey psychedelia from Austin, TX. and with Dixie Witch, you get truckloads of the former. “From deep in the heart of Texas comes a blast of loud, fuzzed-out, heavy-duty rock ‘n’ roll” says their website, and that description is pretty clear after the first few minutes of Into The Sun’s opener, the album’s title track: furiously revved-up guitars, backbreaking drums, and a dash of Southern Comfort a la Allman Brothers, as if Monster Magnet shared practice space with Halfway To Gone. “Throwin’ Shapes” pushes that formula further but toward Mountain, and the greasy grooves in “CC” could very well set the stage for a Southern rock revival in general. “Freewheel Rollin'” starts out mellow like Neil Young’s “Cortez The Killer” but then cranks ‘n’ yanks thick riffage into a 12-minute extended jam session. The Witch also manages to eke out a Zeppelin-inspired cover of Joe Walsh’s “The Bomber” (written around 1970 in his pre-Eagles days with the James Gang), a little ditty that was overshadowed by one of his biggest singles, the classic “Funk #49.” If you’re into bluesy mammoth rock that beckons back to the lazy days of ZZ Top and the like, Dixie Witch will go the distance. – Digital Metal.com